Admission to the Novitiate and First Profession 2017

In the Holy Mass said in special remembrance of the Visitation of the Blessed Virgin Mary to her cousin Elizabeth, which the Provincial Superior, Fr. Herman Abcede, himself presided over, he aptly spoke of two biblical "wombs", apparently incapable of giving life - one virgin (that of Mary), and another barren (that of Elizabeth). Both are blessed, nonetheless, for having been so highly favored by God, that they didn't just bring forth ordinary life, but gave birth to extraordinary men life itself ever saw and will ever see. Emphasizing the essence of the Novitiate in relation to the entire lifecycle of a religious, Fr. Abcede likened this stage of formation to a "womb" where the identity of every candidate grow and mature until ready for its birth. He expressed hope and prayer, in conclusion, that the new group of thirteen (13) entering the Novitiate and the other of eight (8) coming out of it through the First Profession of the Vows, prove themselves extraordinary men by God's graces as they live His call. This concelebrated liturgy of May 31, 2017, which was witnessed by parents, friends and benefactors was held at the Chapel of the St. Anthony's Boys Village in Lalaan II, Silang, Cavite.
Bro. Christian Allan R. De Sagun, RCJ 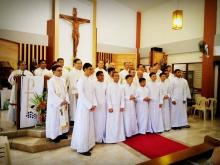 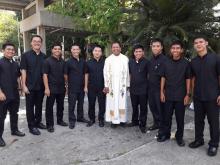 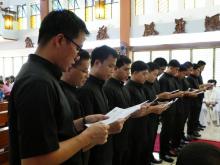 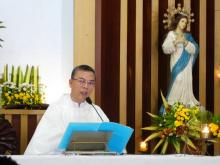 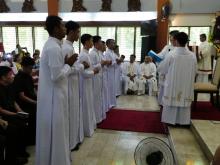 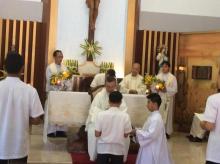 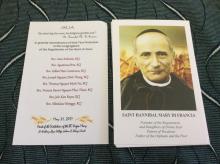