Cause for Beatification and Canonization of Fr. Joseph (Giuseppe) Aveni Opens on Feb. 1 in Parañaque

The opening of the Cause for Beatification and Canonization of the Servant of God, Fr. Joseph (Giuseppe) Aveni (1918-2010) starts on Feb. 1, 10am, at the National Shrine of Mary Help of Christians, Better Living Subdivision. It coincided with the celebration of the Consecrated Life Day in the Diocese of Paranaque.

Fr. Aveni, who spent the last 30 years of his life in the Philippines, was born in Tripi, Messina on December 5, 1918. The Avenis were a pious family whose home shared a wall with the altar of St. Blaise’s Church in his hometown.

Learning catechism at an early age, Giuseppe developed into a prayerful young boy who, after finishing elementary school, confided that he wanted to be a priest. On September 7, 1931, at age 13, he began religious formation at the Apostolic School of the Rogationist Congregation in the Avignone Quarter of Messina.

On July 15, 1945, he officially became Fr. Joseph Aveni. Becoming Novice Master in Trani before turning 30, he developed a reputation as a true master of the spirit, stewarding the formation of generations of young Rogationists who would regularly correspond with him over the years.

In 1974, his Confreres elected Fr. Aveni Vicar General of the Congregation.

Fr. Aveni’s staunch adherence to the Will of God found concrete expression in his obedience to the wishes of his superiors. After his stint as Vicar General in 1980, he embraced his next assignment in the Province of St. Matthew of the Rogationists in the Philippines at the age of 62. As Novice Master during his first 10 years in the country, he made up for his halting English by speaking from the heart. As it turned out, he would stay in the country for three decades, never wanting to go back to Italy.

After stepping down as Novice Master in 1991, Fr. Joseph continued dispensing spiritual direction and leading a life of fervent prayer. Later in the decade, after falling mortally ill, he offered his sickness for the intentions of the Holy Church, for the glory of God, for the salvation of souls, for the conversion of sinners, and especially for the increase of vocations in the whole Church.

In complete obedience to the will of the Almighty, he submitted himself to the care of his doctors and to the loving embrace of those around him, just as he had done all his life. 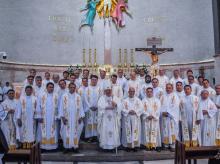 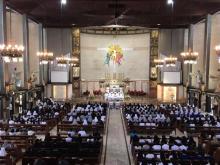 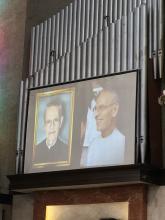