The Superior General, Fr. Bruno Rampazzo, has sent a letter of appeal to Rogationist communities for aid in favor of the flood victims in Kerala, India. Over 300 people have perished and 1.3 million people were displaced due to the continuous monsoon downpour for days which has been considered the worst flooding in the State’s history. Houses of many of our confreres, seminarians, students and lay collaborators have been under water, and the residents were forced to seek shelter at relief centers. People were lacking in essentials such as food and drinking water. Transportation and electricity are disrupted.

The Rogate Ashram Scholasticate and the Seat of St. Thomas Quasi Province in Aluva, Kerala are located along a major river, which swelled up to the orchard and the sports field, but water has not reached the buildings.  The Rogationist Academy and the Center of Studies have become relief centers for around a thousand people who evacuated from the areas along the river. Military helicopters air dropped food and drinking water rations to supply the need of the evacuees. The Rogationist priests and religious students in Aluva have been working full-time in the relief work. Similar situations were experienced in other Rogationist communities in other parts Kerala.

At present, heavy rains have diminished and the water level has subsided. People are starting to return to their homes and start rebuilding from the devastation. 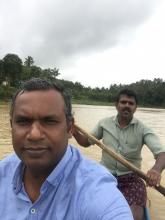 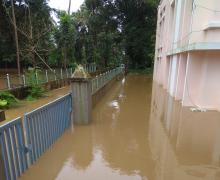 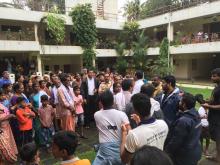 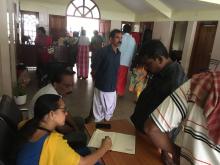 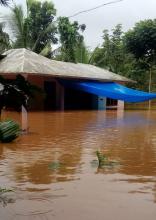