The Quasi Province of St. Thomas celebrated the General Assembly of the perpetually professed members on January 8-9, 2020 at the CST Retreat Center in Illithode, Kerala. Thirty-eight Rogationist deacons and priests attended. The main purpose of the Assembly was to approve the Directory of the Circumscription and to update the confreres about the life of the Quasi Province which is in the mid-term of the mandate of the present government.

The Assembly was preluded by a reflection on the essentials of religious consecration given by Fr. Dilan Fernando, Provincial Superior of the Blessed Sacrament Congregation (SSS) in Sri Lanka.

Fr. Jose Maria Ezpeleta, Vicar General, represented the Superior General, Fr. Bruno Rampazzo. He opened the sessions and presided over the Assembly which approved the final draft of the Directory that is to be submitted to the Superior General for ratification. The Provincial Superior, Fr. Joby Kavungal, presented the update of the situation of the Circumscription and gave his recommendations. Time was dedicated to open forum.

The newly ordained priests, Fr. Alex Chakiath and Fr. Rinu Vadakkpurathan, presided over the Mass, together with Fr. Praveen who is celebrating his priestly anniversary. 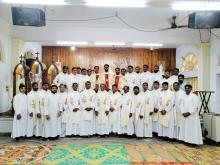 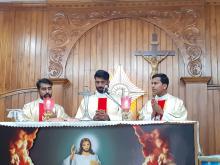 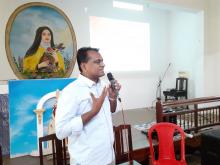 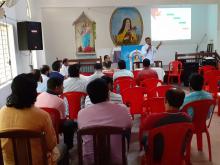