The Formation Institute of St. Hannibal (FISH) concluded the 10-month program for the School Year of 2017/2018 with the graduation ceremony held on April 6 at the Nazareth Retreat House of the Diocese of Maumere. For the School Year that just ended, 71 aspirants and 42 postulants from 20 Religious Congregations received their certificates of completion.

The Graduation ceremony started with the Eucharistic celebration presided by Vicar General of the Diocese Maumere, Fr. Ewaldus Sedu. Afterwards, the Vicar General distributed the certificates, assisted by Fr. Edgar Dacaldacal RCJ, FISH Director. In his speech, the Vicar said, “The programme being offered by the FISH is only a basic and fundamental knowledge on the Christian and Spiritual formation for the formants, so now I am sending all of you to deepen more on your spiritual formations in your Communities and Congregations where you belong.” Present also in the ceremonies were the professors and all the superiors whose formands attend the program at the FISH.

The FISH is an Institute entrusted to the Rogationists and Daughters of Divine Zeal by the Bishop of Maumere to provide preparatory programs for Aspirants and Postulants of various Men and Women Religious Congregations in the Diocese before they proceed to the Novitiate. 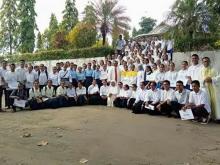 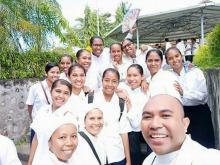 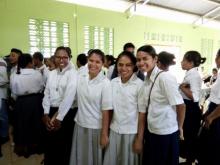