Last October 30, 2017, there was the Official Turn Over of the Office of the Responsible of the Missionary Station of South Korea.  The new Responsible is Fr. John Youn Jong Du, RCJ.  There was the celebration of the Holy Mass in the morning.  In the afternoon, there was a meeting, during which the Book of the Minutes of the Meetings of the House Council, Register of Mass, Agreement between the Rogationists and the Archdiocese of Seoul with regard to the former’s presence in Seoul, Real Estate Contract of the Condominium of the Rogationists in Seoul, Official Seal of the House were presented to the new Responsible.  It was done at 101-1505, 21 Nambusunhwanro 255 Gil, Dongjak-gu, Seoul, South Korea.  It was witnessed by Fr. Oville R. Cajigal, RCJ, who represented the Provincial Superior, Fr. Herman Abcede, RCJ. 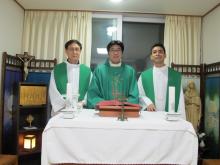 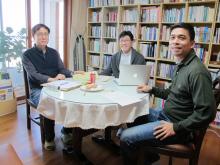 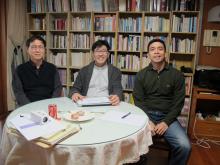