Headed by the Provincial Councilor for the Sector on Missions and Charity, Fr. Orville Cajigal, the St. Matthew Province resumed with its attempt to draft a Directory for all its educational institutions – it now calls collectively as the “Association of Rogationist Catholic Educational Communities in the Philippines or ARCECP” – by organizing its 2nd Rogationist Educators Workshop on October 2-4, 2017, a sequel to first held last February 15-17, 2017. Fr. Cajigal facilitated the participants Orientation about the entire event. To provide an appropriate introduction to the proceedings proper, which were held at the Oasis of Prayer in Lalaan II, Silang, Cavite, two significant sets of inputs were given the participants: one, delivered by Fr. Viktor Emmanuel Aurellana on the “Essential Elements of the Rogationist Pedagogy” and the salient points discussed during the International Congress of Rogationist Educators held in Rome in 2014; and another, presented by Fr. Ronald Masilang on the significant concerns discussed during the recently concluded Annual Assembly of the Superintendents Commission of the Catholic Educational Association of the Philippines – to which he represented the Province, and additional insight for a deeper reflection on “Communion in the Field of Rogationist Education”. Enriched with these informative accounts, coupled with abundant periods of personal reflection, the first day ended with the Holy Mass presided over by Fr. Herman Abcede, the Provincial Superior.

Opening the second day with the Eucharistic celebration, Fr. Danny Montaña headed the liturgy. The earlier half of the day was focused on the presentations of the observations and suggestions from the different educational institutions regarding the first draft of the Directory of the ARCECP, while the latter half was dedicated to group works of integration of the suggestions to the said initial document. This day ended with the common recitation of the Holy Rosary.

The third day commenced with the celebration of the Holy Mass, presided over by Fr. Dante Quidayan. Most of the day was spent on the presentation of each group which worked on the revision of the text of the different Domains of the Directory, incorporating the suggestions coming from the institutions and even introducing added insights to the existing text. Brief discussions on each of these areas enriched the draft further.

In the afternoon, before the planning for the succeeding events in continuation of this attempt to complete the Directory and its launching by 2020, the group made an Evaluation of the entire workshop first.

After giving their respective final messages, Fr. Herman Abcede and Bro. Orville Cajigal, with the help of Bro. Eduardo de Palma, then, distributed the Certificates of Participation.

For the success of this event, thanks to the community of the Oasis of Prayer for their warm and generous hospitality. Appreciation as well for Bro. John Francis Aberion for faithfully recording the minutes of the proceedings, including the spontaneous comments raised, Bro. Tom June Lancin for attentively assisting during the entire affair, and Bro. Eduardo de Palma for providing the workshop with all the supplies and equipment it demands. Thanks to the participants and the organizers. God bless us all! 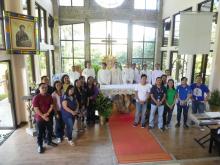 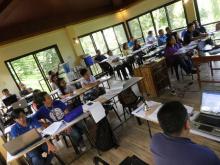 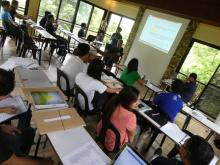 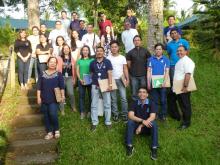