A Tribute to Fr. Diego Buscio RCJ in his 40th Death Anniversary

The St. Matthew Province organized a memorial day tribute to Fr. Diego Buscio on the 40th anniversary of his death, on March 10, 2018 in the Rogationist Parish in Parang, Bagac Bataan. This is one of the initiatives of the Family of the Rogate in the celebration of the Year of the Clergy and Consecrated Persons, presenting Fr. Diego as exemplar of missionary zeal and religious consecration.

The program started with the motorcade from the spot where Fr. Diego died, at the crossroad of Bataan National Highway and Bagac Road, to the Parish Church in Parang. Fr. Niptale Frogoza RCJ, one of the most senior among the Filipino Rogationists, presided over the Mass. In the afternoon, Fr. Benjamin Redoble RCJ, another senior confrere, gave his testimony on his personal knowledge about Fr. Diego. Other testimonies were given by the lay people from the Parish, who knew Fr. Diego when they were still children and youth. The event closed with the final liturgy.

Fr. Buscio was a pioneer Rogationist missionary to the Philippines who was the firs pastor – elect in St. Francis Xavier Parish in Parang. He was born in Brescia in 1949, ordained Rogationist priest by Pope Paul VI in 1975, and arrived in the Philippines for the mission in 1978. He died in a car accident in 1978, just after 1 year and 3 months of mission ministry. His was a short life, but a great mission. After 40 years, his memory remains vivid to many who have known him personally or have heard about him. 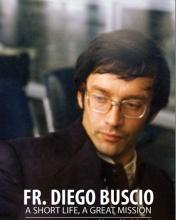 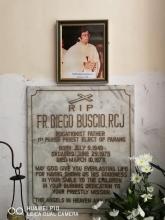 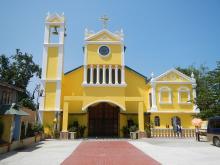 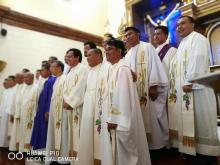 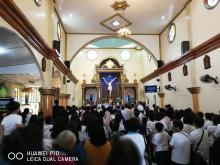