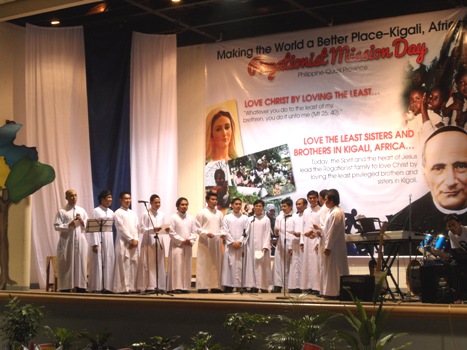 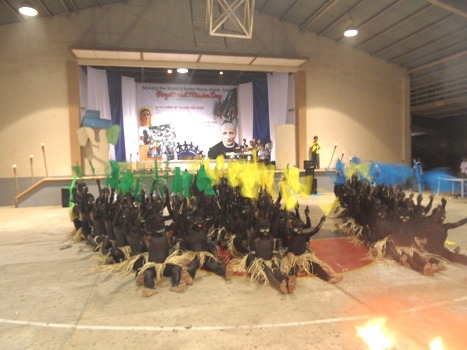 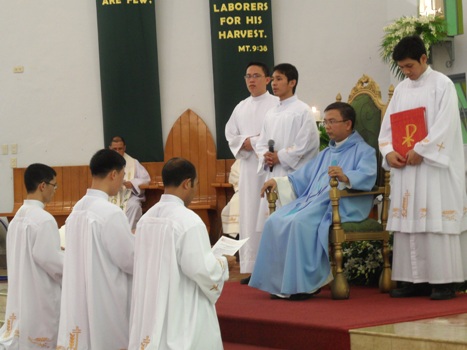 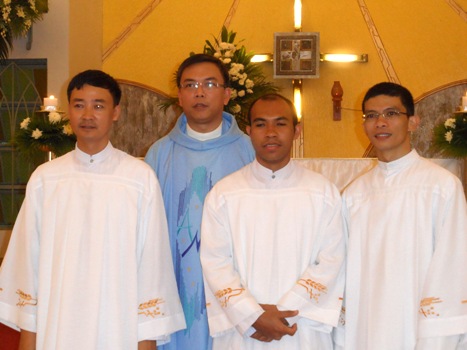 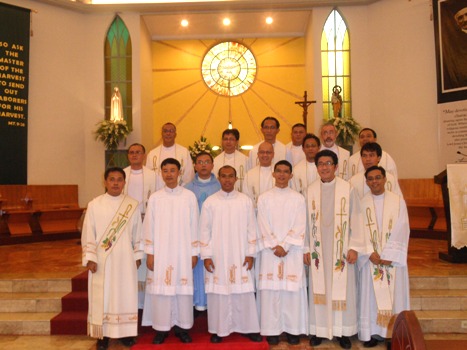 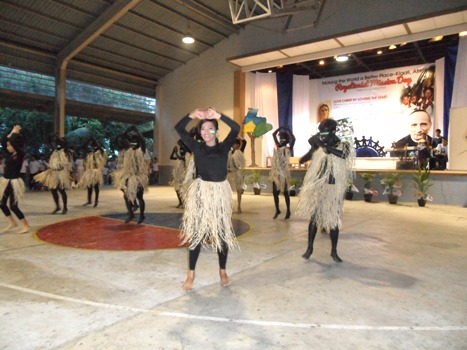 On September 8, 2012 - Feast of the Nativity of the BVM  the PQP province had also the  Renewal of Vows, Mass Suffrage for Fr. Gaspare & Launching of the Rogationist Mission Day.

Fr. Herman Abcede, the provincial of the province presided over the Holy Mass at 4:00 o’clock in the afternoon in the Chapel of the Holy Spirit, Fr. Di Francia Center of Studies. In the mass there was also the renewal of the Vows of Bros. Mark Destura, Henrikus Gualbertos and Lanh huu Nguyen and the Suffrage for Fr. Gaspare Gallitto.

Right after the mass, the Rogationists of the Philippine Quasi Province officially launched the Rogationist Mission Day. Fr. Herman elaborated to everybody the choice of September 8, as Rogationist Mission Day launching for the whole province, the focused project for this year 2012 in Kigali, Africa and the various activities of missionary awareness in the province. Fr. Dexter Prudenciano, the Councilor and chairman of the Charity and Mission Commission, organized the program involving many of the youth of the SHEC (Saint Hannibal Empowerment Center) from Pasay and Baseco. The program included the various song and dance presentations with African motif and the sharing of experiences of the rogationists who have missionary experiences like Bro. Christian De Sagun, Fr. King Cena and Fr. John Youn. It was a mission awareness night honouring also a great missionary spirit in the life of the late Fr. Gaspare Gallitto.