Benefit Concert for the Rogationist Missions

The Economic Team of the St. Matthew Province, headed by Bro. Nilo Pelobello, in coordination with a dedicated committee, organized a benefit concert aptly entitled Rogate: Gift and Gratitude - the theme upheld by the Rogationists as they celebrate this year the 150th anniversary of the inspiration of their charism - the Rogate. The concert, which had a matinee and a gala shows, at the St. Anthony’s Boys Village / Rogationist College - Cavite, on September 21, 2018, featured mainly the University of Santo Tomas Symphony Orchestra (USTSO) and some members of the faculty of the Conservatory of Music of the same university, with a couple of intermission numbers as supporting acts from the hosting campus. Special gifts were also given away as prices for a game and a raffle draw. The proceeds of the well-attended performances were allotted to the varied apostolic works of the Province. May the Rogate be truly made universal, through the intercession of St. Hannibal, the first to be inspired and lived by it! 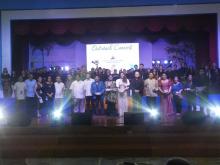 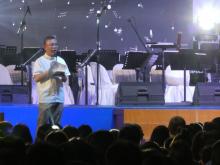 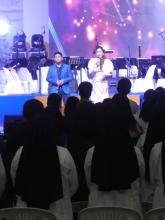 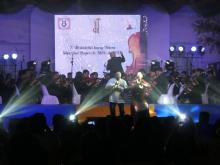