BLESSING OF THE STATUE OF ST. HANNIBAL AND VOCATION CAMP

The community of St. Anthony’s Boys Village – Davao installed a new 9-foot statue of St. Hannibal in the School compound last October 19, 2012. The blessing was presided over by Fr. Herman Abcede, RCJ the provincial superior of the Philippine Quasi Province. Fr. Ronald Masilang, the new superior of the SABV-Davao had the new statue put in the compound to let the students be reminded of the greatness of the holy founder, St. Hannibal Mary Di Francia.

The community also hosted the first Vocation Camp in line with the Marian and Vocation Month. The camp is also meant to let the youth have more awareness of their vocation and of the various states of life. It also stressed the role of the youth during the year of Faith. The overwhelming theme of the activity was “Live Christ! Share Christ! The yes of Mary, the yes of the young!” The activities included rosary, talk, reflections, sharing, program, holy mass and dawn procession. The delegates expressed their satisfaction for being part of the activity. 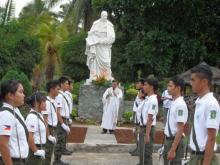 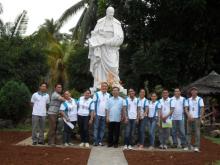 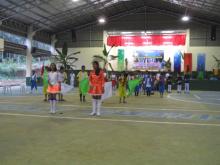 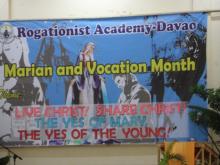