Diocese of Maumere prolonged the celebration of the 50th WDPV

As the universal Church celebrated the 50th World Day of Prayer for Vocations, the diocese of Maumere, Flores, Indonesia took advantage of this gracious and momentous occasion through a month-long series of vocation animations. The group of vocation promoters of various religious congregations in Maumere, headed by a Rogationist priest, organized the vocation month with the aim of fostering awareness among the people on the necessity of praying for Vocations.  Almost 30 religious congregations of male and female working in the Diocese of Maumere responded to the call of making the people conscious about the importance of prayer in obtaining good workers in the Church. Among the vocational activities was the over-night lived-in (Saturday to Sunday) among those Christian communities that were seldom visited or never been visited by the religious. On the first two Sundays of the month of April, religious men and women, seminarians and aspirants spent time with the people animating and giving them catechesis on the importance of prayer for Vocations, as well as encouraging them to be generous in sending their children to seminary or convents. Meanwhile, the Rogationist seminary prepared the schema of the Eucharistic Adoration for the Triduum of the WDPV that were celebrated in every religious community. On the day of the 50th WDPV, all the religious communities were busy in animating the children in their own parishes.  The vocation month was concluded with the Eucharistic celebration presided by Bishop Gerulfus Pareira, SVD, Bishop of Maumere, concelebrated by religious and diocesan priests and attended by many religious congregations last 29 of April. 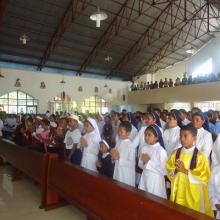 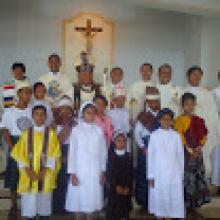 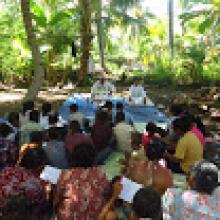 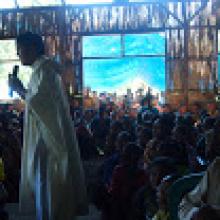 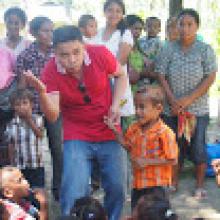 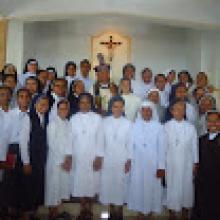 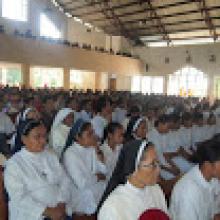