The Philippine Quasi Province, in line with the desire of the Geral Assembly 2012 and with the coming International Education Congress 2014 in Rome, held the first convocation of the Rogationists’ Educational Leaders, tagged as Rogationist Educator’s Forum 2013, on August 29-30, 2013, at the Rogationist College Paranaque, in Grencourt, San Dionisio, Sucat, Paranaque City.

It was an opportunity for all the Rogationist Educational Leaders of the various Educational Institutions in the Philippine Quasi Province to come together and discuss matters related to the need for systematization and organization of the various principles to be considered in our Rogationist Schools. The Forum was inspired by the general thrust «GOING ONE… GROWING GLOBAL» and with the focus on the «ASSOCIATION OR SYSTEM, A ROGATIONIST EDUCATIONAL HIGHWAY».

The Forum commenced with the invocation animated by Fr. Rodolfo Patiag, Jr. Then Fr. Herman Abcede, the Provincial Superior, welcomed everybody to the Forum and presented the relevance of the initiative in response to the desire of the PQP General Assembly of 2012 and the program of the General Government. Taking some indications coming from the “Guide for the International Congress on Education 2014” (ICE 2014), he presented the constant idea that is coming out regarding the “ultimate goal of the difrancian pedagogy which is, to construct the person’s identity” by helping the young discover and develop his/her individual potentials up to the achievement of his/her full self-realization, according to the plan of God in the present time, as well as in the future” (ICE 2014 p. 13). Fr. Herman further quoted the ICE 2014 affirmation saying that “the great novelty of St. Hannibal Mary lies in looking at man as a “vocation”, as a being called into existence so that he could ever more reveal himself, by his growth and identification, as God's project to be brought to completion and hence, be a good laborer of the harvest” (Ibid).

Fr. Dexter Prudenciano, the Councilor in charge for the sector of Charity and Mission in the PQP, presented the rationale of the Forum. He came out with the specific objectives of the event and the eventual creation of the Directory on Educational Apostolate that will be applicable to the Philippine Quasi Province.

Fr. Danny Montaña, one of the main organizers and the facilitator of the event, introduced the guest speaker, Dr. Cynthia Arcadio, Consultant of the Phoenix Publications. Dr. Arcadio presented an overview of the 21st Century Educational Trends. Her talk focused on the overview of the present and even of the future of Education and the kind of clients educational institutions should consider.

In the afternoon Fr. Teodolfo Baria Jr., the Superintendent of the Region IV and Director of the Diocesan Schools of the Diocese of San Pablo shared the lights and shadows of a Unified School System implemented in their context. This talk somehow provided the participants of the various ramifications of the making a system in the schools.

Later on Fr. Dexter Prudenciano presented to the assembly the result of the survey done regarding the 7S of the RCJ schools.  Then the first day ended with the consideration of the various data that came out from the survey.

The second day (August 30, 2013) was filled with a free discussion regarding the Identity, Character and Direction of the Rogationist’ Educational System (at PQP).  After a long sharing and debate the assembly came out a working suggestion that will be considered in the PQP Educational Institutions. The following ideas came out as working concepts for the PQP Schools.

The Rogationist Catholic Educational Community is dedicated to the love of God and neighbour especially the children and the poor (Luke 10:28) driven by the Rogate, the charism (Matthew 9:38; Luke 10:2) of St. Hannibal Mary Di Francia.

We envision ourselves to be an Association of the Rogationist Catholic Educational Communities in the Philippine Quasi Province by 2018 with a unified program in the areas of:

Rooted in the Rogate, the Association of Rogationist Catholic Educational Communities (AREC) commits itself to the accompaniment of the member schools to:

Follow up activity: 1ST CONGRESS OF ARCEC (Association of Rogationist Catholic Educational Communities), to be held in the Rogationist College Silang, Cavite, on February 13-16, 2014. This will be participated by all the Administrators, faculty and Staff of all the PQP Schools and Seminaries.)

The Forum ended with gratitude to God and to the people who worked hard for the success of the event. 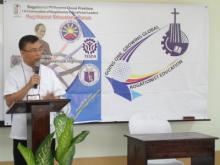 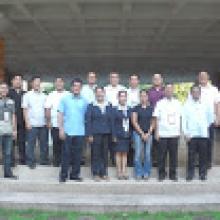 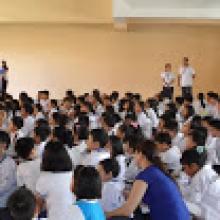 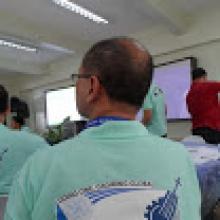 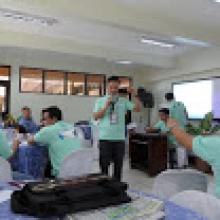 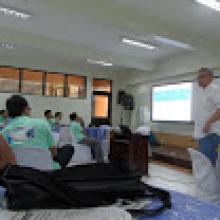 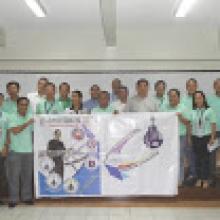