SILANG, CAVITE (23 September 2014) - Fr. Gabriel Flores, the present superior of St. Anthony's Boys Village-Rogationist College (SABV-RC), celebrated his 25th priestly anniversary in a Holy Mass, and then followed by a program and tribute. It was attended by the relatives of Fr. Gabby, Rogationist priests, religious, and novices, the high school and college interns,  professors and staff of the school, friends and benefactors.

The Holy Mass started at around 4:30 in the afternoon, with Fr. Gabby as the Main Celebrant. It was concelebrated by priests from nearby communities, with particular representatives from the priests for On-Going Formation. It was also animated by the Rogationist Novices who served as the choir, and the interns as the altar servers.

In his homily, Fr. Gabby recalled the memories he had in the past as a priest and as a Rogationist religious. In particular, he recalled the times during his formation, his early missionary activities, his community assignments and accomplishments, as well as a reflection on how he saw God's hand leading him to be faithful in his priestly and religious life.

Before the Holy Mass concluded, the Provincial Superior, Fr. Herman Abcede, also shared his thoughts and reflections on Fr. Gabby's silver jubilee as a priest. Like Fr. Gabby, he also recalled some details in the past related with Fr. Gabby, as well as a message of gratitude and assurance of prayers to Fr. Gabby. In a light manner, Fr. Herman wished for more priestly anniversaries to come for Fr. Gabby.

After the Mass, snacks were served at the Interns' Youth House. Afterwards, a short program followed by dinner went on. The program featured the tribute for Fr. Gabby's priestly anniversary, together with gratitude for the friends and benefactor of SABV-RC community. It was also the occasion to thank those who participated and shared in the endeavour "Panis Anthonii" (Bread of St. Anthony) for the benefit of the interns' housing facilities for improvements and renovations.

Several presentations from the Rogationist Novices, High School and College interns, professors and staff, song numbers from children, messages of thanksgiving and assurances of prayers made the tribute meaningful. 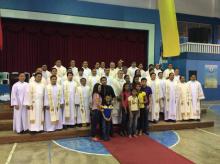 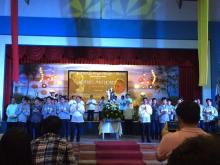 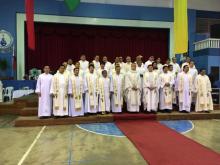 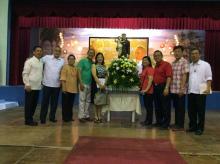 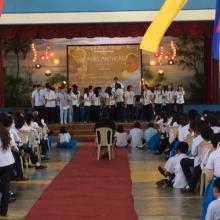 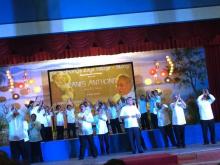 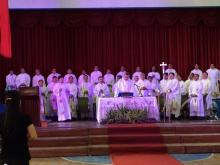