OCTOBER 24- The Father Hannibal Formation Center was graced by the presence of Fr. Henry Ramos, RCJ, a Rogationist missionary priest based in Papua New Guinea (PNG) since 2015. He served as the Superior of many of the communities of our missionary areas in the said country. He shared his humble experiences with the seminarians such as the fulfillment in living the inspiration of Saint Hannibal Mary Di Francia on propagating the word of God, doing apostolates on children, building schools and educational institutions for young men and women. Fr. Tom June Lancin, RCJ, our Prefect for Discipline, and who was with Fr. Henry in PNG in 2015-2017 also shared and described Papua New Guinea as a country of full of culture, natural resources and of dreams. Both their experiences gave them joy and hope despite of the many difficulties they encountered in the missionary area. With the active participation of the people in the community, they were able to improve the area.

Their talks given to the seminarians served as an eye-opener to the aspiring religious priests of the congregation to see the beauty and contentment of being in a mission. Missionary life entails discomforts and difficulties but the gratification it gives to be able to share and propagate God’s Word are beyond any other satisfaction. In Mark 10:45, “For even the Son of Man did not come to be served, but to serve, and to give His life as a ransom for many”.

May the Lord of the Harvest continue to inspire many young men and women to respond to the call of missionary life! Send, O Lord, Holy Apostles into Your Church! 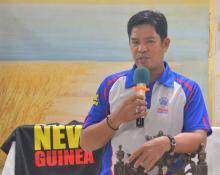 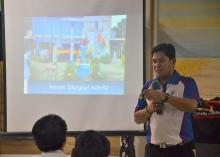