The commemoration of the birth of St. Hannibal Mary Di Francia today, July 5, was marked by the perpetual profession of 11 Religious students and the renewal of temporary vows of other 30 young confreres of the St. Matthew Province, held in the Philippines, Indonesia, Vietnam, and Papua New Guinea through the priests delegated by the Provincial to receive the professions on his behalf. The Religious students are of various nationalities: Filipinos, Indonesians, and Vietnamese.

In Indonesia
Bro. Silvester Kenedy made his perpetual profession while Bros. Nicolaus Wangge and Jelo Kim Reyes renewed their vows in the hands of Fr. Elmer Dula, Responsible of the Missionary Station, in the Rogationist Seminary in Ribang, Maumere.

In Papua New Guinea
Bro. Joseph Nguyen Huu Binh renewed his annual vows in the hands of Fr. Henry Ramos, Responsible of the Missionary Station in Sideia-Alotau, which was done a month earlier, on June 1, 2020, in the Solemnity of St. Hannibal. 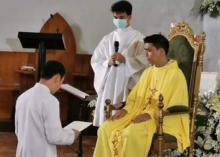 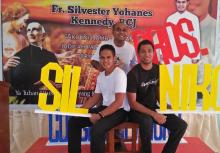 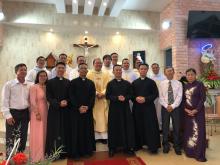 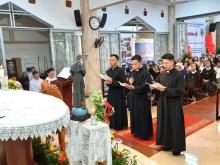 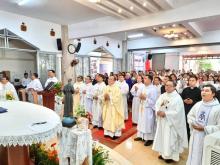