Seven Rogationist Formators joined at least 400 seminary formators and around 30 Bishops in the Philippines who have gathered at the IC3 Convention Center in Cebu City on January 22-26, 2018 to discuss the implementation of new Ratio Fundamentalis Institutionis Sacerdotalis. Bishop Gerardo Alminaza, chairman of the Catholic Bishops Conference of the Philippines’ (CBCP) Episcopal Commission on Seminaries (ECS), said the formators of different diocesan seminaries and religious formation houses in the country have to sit down and come up with a draft of the Ratio Nationalis as the inculturation in the Philippines context of the the Ratio Fundamentalis.

On January 24, the Rogationist seminarians of the Seminary in Cebu served the Mass presided over by Archbishop Jose Palma of Cebu.

The theme and discussions of the Conference in Cebu will be re-echoed in the annual meeting of the Rogationist Formators of St. Matthew Province scheduled in Puerto Princesa, Palawan on February 10-16, in view of the final drafting of the Directory of Formation of the Province. 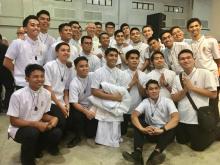 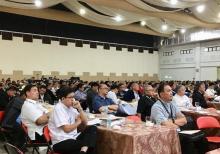 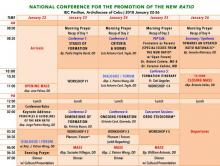