Turn-over of office at the St. Matthew Province

(Oct. 25) The newly formed provincial government of the St. Matthew Province received the indications and the documentation from the previous government during the formal turn-over rites at at the Fr. Hannibal Formation Center in Merville, Paranaque. The new and the old Provincial Councils were all present, as well as Father General, Fr. Bruno Rampazzo. Fr. Orville Cajigal, the re-elected superior of the Circumscription, communicated to the new Council the items that were left pending in the previous government. Then, Fr. Bruno gave his indications to the new Council and answered some queries. Fr. Brizio Giovanni Greco, Treasurer General, and Fr. Jose Maria Ezpeleta, Vicar General, gave their recommendations to the new provincial government. At the end of the meeting, in a form of a ritual prayer, the Superior General handed over to Fr. Orville the Constitutions and Norms, the Directory of the Circumscription, and the reports presented to the the 3rd Provincial Chapter.

At dinner of the same day, the community of Fr. Hannibal Formation Center offered a despedida (farewell) party to Fr. Rampazzo and Fr. Brizio Greco who were scheduled to return to Rome on the following day. It was graced by some close lay friends of the Seminary. 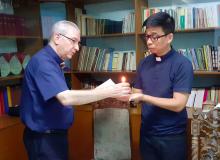 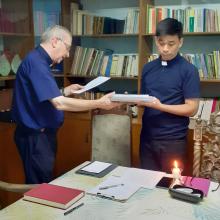 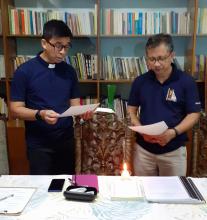 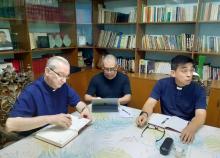 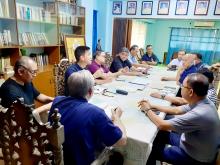 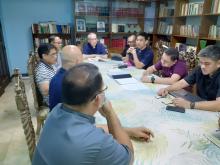 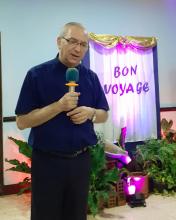 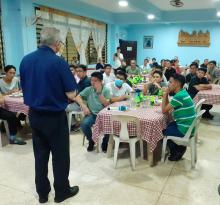