Fr. Orville Cajigal RCJ has been elected on October 18, 2018 as new Provincial Superior of the Rogationist St. Matthew Province during the celebration of its 2nd Provincial Chapter held at the Oasis of Prayer in Silang, Cavite on October 18, 2018, presided by the Superior General Fr. Bruno Rampazzo. In the same setting, the Provincial Councilors and Treasurer were also elected, namely: Fr. Dexter Prudenciano, new Vicar Provincial and Councilor in charge of the Service of Charity and Missions; Fr. Ariel Tecson, reelected Councilor for Religious Life, Formation and Vocation Ministry; Fr. Ulrich Gacayan, new Councilor for the Rogate; Fr. Alfonso Flores, new Councilor for the Laity, Parishes and Youth; and Bro. Nilo Pelobello, reelected Treasurer.

Fr. Cajigal, 41 years old, was born in Quezon City on March 22, 1977. He entered the Rogationist formation house in Paranaque in 1993, and has been a Rogationist religious for 21 years. He was ordained priest in his home province in Vigan, Ilocos Sur on January 21, 2006. He finished his Philosophy at the Rogationist Seminary College and his Theology at the Don Bosco Center of Studies, both in Paranaque. He was the top 8 among the board passers in the Philippine National Licensure Exam for Social Workers. At present, he is completing his MA in Social Work at the Asian Social Institute (ASI) in Manila. Before his election as Provincial Superior, he served the outgoing provincial goverment as  Councilor in charge of charity and missions.

Since his ordination, Fr. Cajigal has always been assigned at St. Hannibal Empowerment Center (SHEC) in Malibay, Pasay City. This so-called “inserted community” lives among the informal settlers in the city and engage in the apostolate of community organization and development. One of the major missions of SHEC is the housing program for informal settlers living along the danger-zone creeks in Pasay. So far, 476 housing units have been constructed in Pasay and distributed to the poor, in partnership with other government and non-governmental organizations, including the Pondo ng Pinoy of the Archdiocese of Manila where the community belongs.

Ninety-seven capitulars took part in the Provincial Chapter (all perpetually professed religious were convoked) on October 15-20, 2018 in the Rogationist Center of Spirituality in Cavite, Philippines. They come from the 21 communities of the Province in the Philippines, South Korea, Vietnam, Indonesia, Papua New Guinea, and Australia. Other members working as missionaries in Albania, Cameroon, Italy, Spain and the USA also came to participate. At present, the Province has 168 professed religious and novices, among whom 85 are priests and 16  are deacons. The members come from the Philippines, Vietnam, Indonesia, South Korea and Italy. 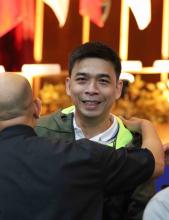 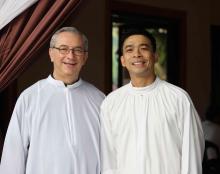 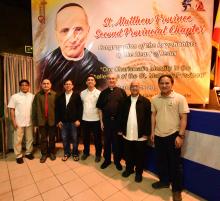 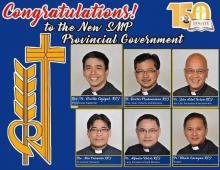