The General Assembly of the perpetually professed religious focused on the theme ‘Living the true joy of brotherhood, being compassionate’. The program began on March 16, 2018 with the inaugural prayer at Rogate Ashram Chapel, Aluva. Fr. Joby Kavungal RCJ Major superior inaugurated the Assembly by lightening of the lamp along with the fours fathers representing various sectors: Communities, Pastoral Fields, Mission areas and Spiritual direction. Frs. Vinu and Christy then led the inaugural prayer invoking the grace of almighty in all our sessions. At the end of inaugural prayers, Fr.Varghese Panickassery RCJ, the Vicar, read the message of the Superior General. Fr Xaveier Kidangen, the resident spiritual director of the religious students extended his best wishes and spoke words of encouragement. At 9.00 am assembly gathered at the Fr. Luigi Memorial hall for the inaugural address of the Major Superior. Fr Joby made his inaugural address on the theme ‘Compassion to Mission’. Then Fr Chirsty Madathettu read the minutes of the previous assembly.

After the presentation of the minutes, different communities presented their status quo. Fr Saji Kallookkaran the quasi-province treasurer then presented the Financial Status of the circumscription. The session then recessed for lunch break and resumed at 3.10 with  Midafternoon prayer. In this afternoon session, Frs. Manu, Romal, Robin, Babu, Jinto, Jithin and Dileep shared their pastoral experiences. All then proceeded for a group photo. Coffee and games followed. The evening session of the day began at 6.pm and focused on the reading of the first draft of the QP Directory led by Fr. Varghese Panickassery. At 7.45 the fathers gathered at the Rogate Ashram Chapel for way of the Cross, followed by Holy Mass presided by Fr. Albert Kollamkudy. The session was adjourned for dinner and all joined common socialization and went to bed by 10.30pm. 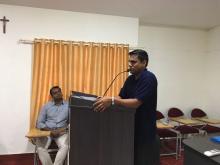 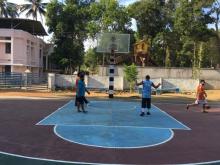 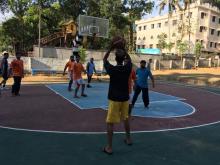 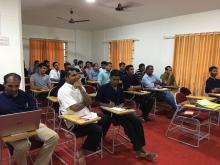 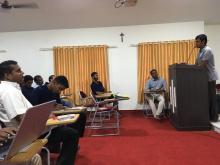 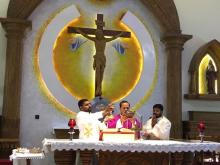