Formation of Rogationist Formators Starts with a Pilgrimage to Mary, Queen of Hearts

Seven formators from different circumscriptions take part in this year’s course for formators organized at the general level. As a symbolic start, the participants made a pilgrimage to the Sanctuary of the Mary, Queen of Hearts in Rome on January 5, 2019, the first Saturday of the year 2019. In this Sanctuary, St. Hannibal Mary made his solemn act of consecration to Mary according to the teachings of St. Louis Marie Grignion de Montfort on May 13, 1906. In the same spirit of our Founder, the formators recited the hymn to the Queen of Hearts at the beginning of the Mass (composed by St. Hannibal Mary in Messina on July 23, 1906), and concluded the Eucharist with the act of consecration inspired by the formula written by St. Hannibal Mary in Taormina on December 8, 1906.

The ongoing formation of formators, called “School of Rogationist Formators” by XII General Chapter, is organized every year. It lasts for six months, starting from the beginning of January until the end of June. It has three phases, namely: 1. An intensive Italian Language course, 2. The Formation for Formators Program at the Salesian Pontifical University, 3. Formation on Rogationist themes, particularly on the charism of the Rogate, and a pilgrimage to the places connected with the Founder and the history of the Congregation. It is coordinated by Fr. Jose Maria Ezpeleta, General Councilor on the sector of Formation. 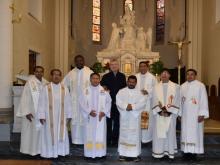 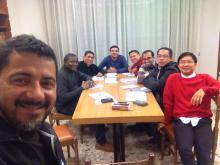 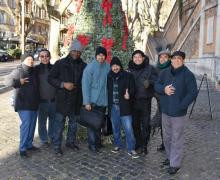