In the footsteps of St. Hannibal - Formators on pilgrimage to Messina

The participants of this year’s Formation for Rogationist Formators went to Messina for the last phase of the program which focuses on the pilgrimages to the places related to the life of St. Hannibal Mary and the development of the Congregation in its origins.

It started with the annual spiritual retreat on Aug. 29 – Sep. 4 in Villa Serena of the Daughters of Divine Zeal in Annuziata, Messina. The retreat was organized Fr. Silvano Pinato, Superior of the Center of Studies, and participated even by the Priest-Students in specialization and the formators. Fr. Pasquale Albisinni guided the retreat on the theme of the spousal dimension of religious life, taking inspiration from biblical characters and the epithalamium (wedding song/ poetry) that St. Hannibal composed for the Feast of July 1st of 19011 which celebrated the 25th anniversary (silver wedding anniversary) of this Rogationist proper feast.

Then on September 4-11, the formators visited the significant places that included reviewing information on the historical background of the place, their historical and spiritual significance to us Rogationists, a common moment of prayer, and individual visit and personal prayer. They visited the Mother House and the respective museums of the Rogationists (Anthonian Institute and Basilica) and of the Daughters of Divine Zeal (Spirito Santo); the Church of Carmel where the baptismal records of our Founder are kept; the Church of the Immaculate of St. Francis where St. Hannibal and his brother Francis put on the cassock to start their seminary formation; the Church of Montevergine where the Founder was ordained deacon; the Church of the Holy Spirit where he was ordained a priest; the Cathedral of Messina where he was a member of the canons; the Church of Montalto where he used to preach.

They also took the chance to visit places that are connected with St. Anthony of Padua (the “tile” relic of St. Anthony which Fr. Hannibal and Fr. Palma searched for among the rubbles after the 1908 earthquake) and the Sanctuary of the Miracle Worker in Milazzo where he was believed to have been swept to and landed in Italy after the shipwreck on his way to North Africa. They also visited the Church of St. Camillus of Lellis where the relic heart of the Saint is kept for veneration. St. Hannibal was instrumental to the safekeeping of the relic in Messina while the Camillians were not present in the city after the suppression of religious orders in the 1860s. Moreover, they also visited the Museum of Saint Pope John Paul II who was hosted in Cristo Re during his visit to Messina in 1988.

Some of the places they visited also took a special meaning. During the retreat, the group celebrated the Holy Mass in the crypt where the incorrupt body of St. Hannibal lies; there they devotionally renewed their religious vows as Rogationists. They also celebrated a Mass in the Church of the Holy Spirit which concluded with the renewal of their priestly promises, in the very place where St. Hannibal was ordained a priest in 1878. On the eve of the Feast of the Nativity of Mary, they went to the pray in the “Room of the Divine Spouses” in Taormina where the devotion to the Child Mary (Bambinella) started in the Institute with the discovery of the image of the Child Mary. They concluded the pilgrimage with a day of silent recollection in the Sanctuary of La Guardia where Fr. Hannibal spent the last days of his life, and the Holy Hour of Eucharistic Adoration in the Church of St. John of Malta, where the young Hannibal had the inspiration of the charism of the Rogate. The Rector of the Church, Mons. Oteri warmly welcomed the group.

They were also introduced to the various actual apostolate of the Rogationists in Messina, particularly in the Institute of Cristo Re, all for the benefit of the disadvantaged minors and poor people: residence of migrants (adults and minors), half-way shelter for the homeless, soup kitchen for the poor, clinic, wardrobe and shower area, “casa famiglia” (residence of minors accompanied by educators and social workers), St. Anthony Benefactors Office and non-governmental organization. They also saw the Seminary for Aspirants.

They also had the occasion to participate in the liturgy at the Filipino Catholic Chaplaincy of the Archdiocese under the direction of a Rogationist priest as chaplain.

There were also light moments of agape, strolling, and fraternal sharing with the Rogationist confreres in the Mother House, Cristo Re, Villa Santa Maria, and the Daughters of Divine Zeal in Villa Serena, Taormina, Spirito Santo, and La Guardia.

The formators who took part in this pilgrimage are: Fr. Joseph Hoang and Fr. Peter Hoang from Vietnam; Fr. Henrikus Gualbertus from Indonesia. Two from the Quasi Province of St. Joseph also joined: Fr. Jean Viateur Karinda from Rwanda (who is in Rome for a course on Church Management) and Fr. Maurand Harve from Cameroon (who is the assistant parish priest in our parish in Barjols, France). The Rogationist Community of Cristo Re warmly hosted them in this week-long pilgrimage.

Our gratitude to the fraternal care the Houses, confreres, and co-sisters extended to the formators, making this pilgrimage truly special.Best Authentic Sneakers | Air Jordan Sneakers 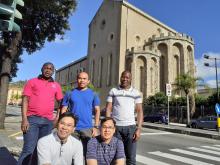 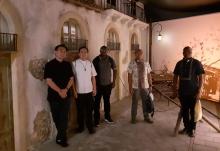 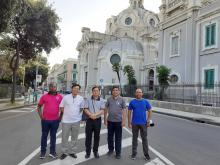 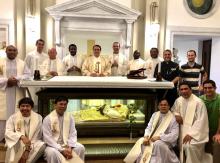 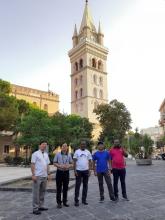 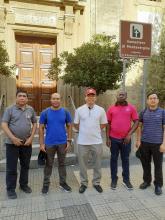 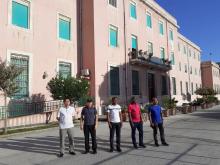 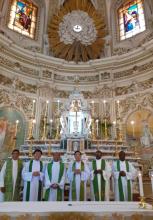 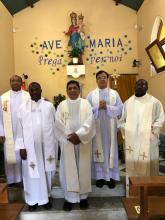 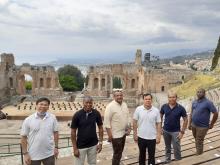 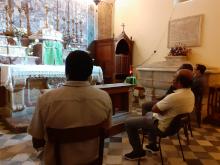 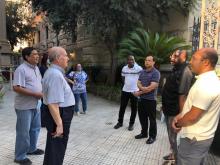 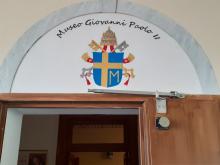 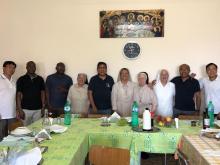